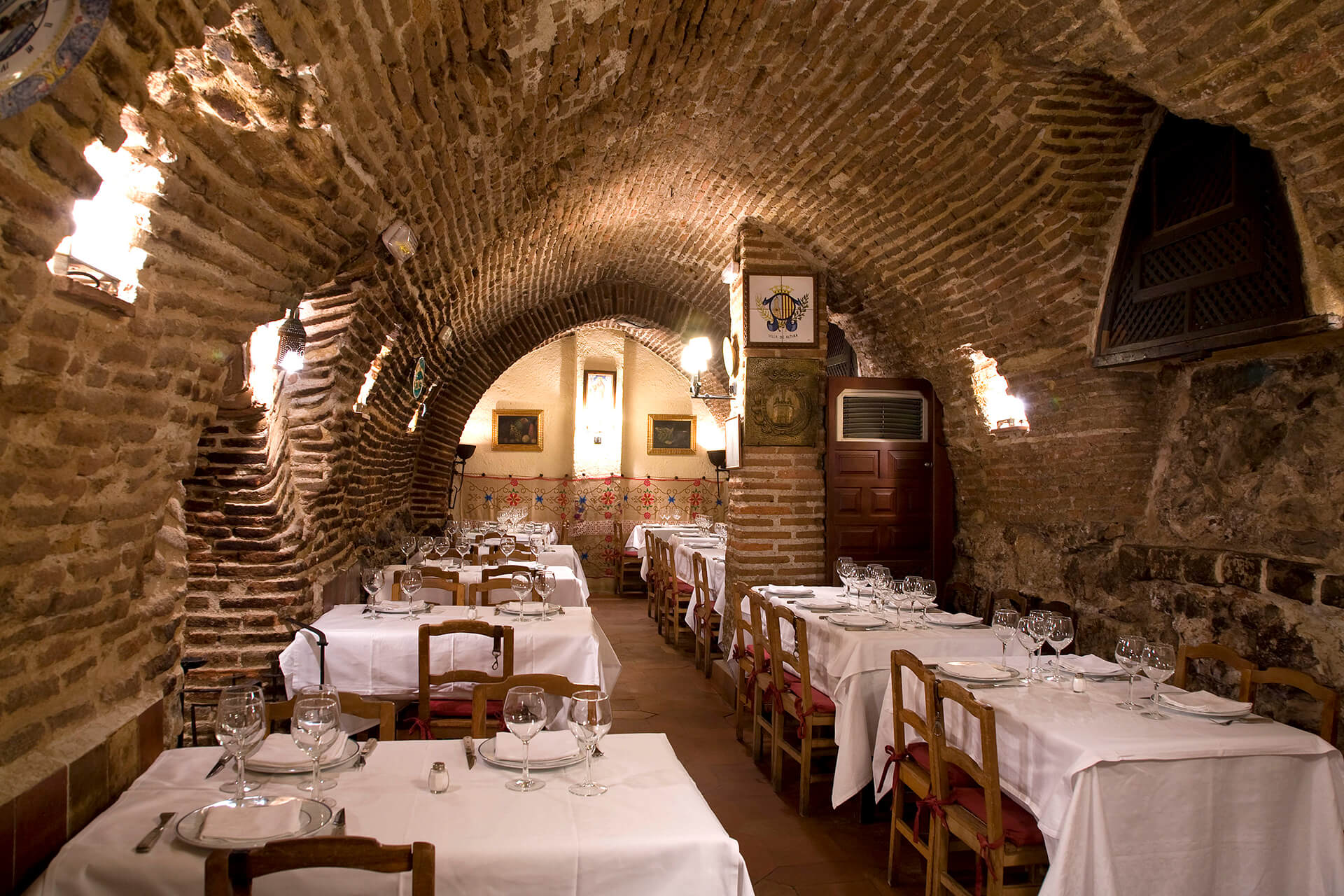 A journey through the history of Madrid

Madrid’s Association of Centuries-old Restaurants and Tabernas is formed by twelve establishments steeped in the history of not only the city’s distinguished gastronomy, but also its politics, literature, art, and bullfighting. The most popular among tourists is Casa Botín, which opened its doors in 1725 by the arches of Arco de Cuchilleros; the magnificent Posada de la Villa was founded in 1642 and pays homage to everything traditional on Calle Cava Baja; Casa Pedro opened its doors in 1702 in the district of Fuencarral as a roadhouse for people travelling north of Madrid; Casa Alberto was founded in 1827 on Calle de las Huertas at the same address where Miguel de Cervantes wrote Journey to Parnassus; the Taberna de Antonio Sánchez, on Calle de Mesón de Paredes, was established in 1839 by the bullfighter Colita; in the same year, Lhardy – the most literary of Madrid’s restaurants – opened its doors on Carrera de San Jerónimo; Casa Labra opened in 1860 on Calle de Tetuán, right by Puerta del Sol; Casa Ciriaco was established as a wine store in 1887 on Calle Mayor; Café Gijón can be found on Paseo de Recoletos and dates back to 1888; Bodega de la Ardosa located on Calle de Colón, close to Gran Vía avenue, opened its doors in 1892; Malacatín opened in 1895 on Calle de la Ruda, within walking distance of the Rastro (flea market); and, last but not least, the youngest of the twelve, Casa del Abuelo was founded in 1906 on Calle de la Victoria, a street brimming with bullfighting history. 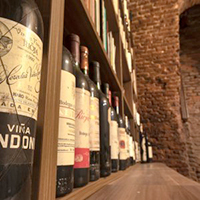 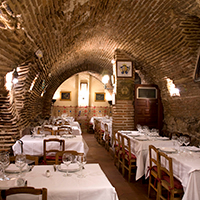 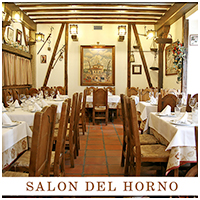 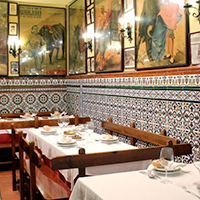 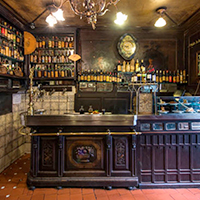 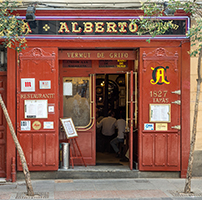 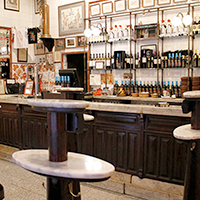 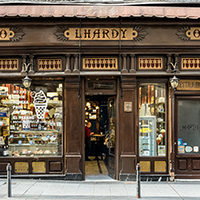 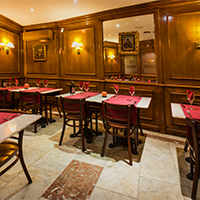 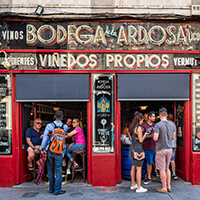 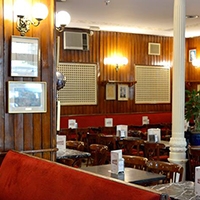 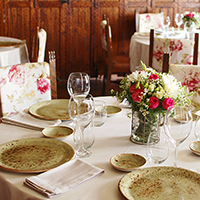