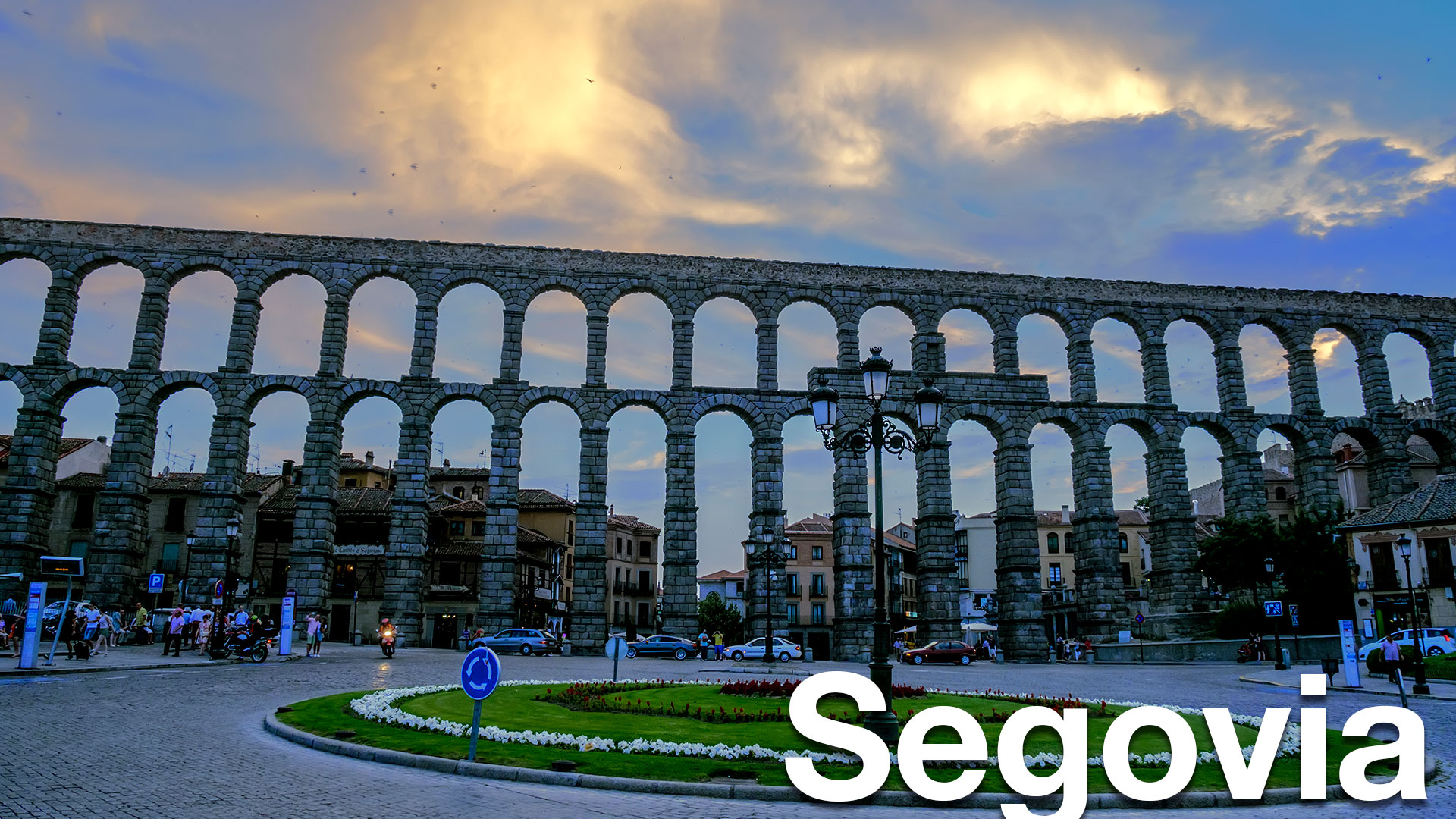 In the kitchens of the regional capital of Segovia, whether in inns or homes, cooks have over centuries created exquisite recipes based on locally-grown produce, ingredients that spring from our fertile soil. The land here is generous, and provides high-quality products beginning with our most popular, bread. Our breads are made from wheat grown on our fertile plains. Then there’s our milk, the foundation of our provincial cheeses.

Suckling lamb and pig are top on our offerings of meat in restaurants, complemented with other parts of the pig after the slaughter, which is a ritual still celebrated during the coldest months of the year.

If you so desire, a meal can be capped off with delicious deserts prepared in local convents by cloistered nuns, expert and dligent bakers in their own right. And last but not least the subtle Segovian punch.

No meal would be complete in our restaurants without our fine, renowned locally-produced wines such as the Whites of Nieva or reds from Valtiendas.

Capping off a visit to Segovia with a meal in any of our restaurants is a stupendous way to enjoy one of the most characteristic aspects of the city, indeed its culture. Our cuisine is a clever combination of tradition with twenty-first century innovation.

A city of inns and self-described cheap eateries, Segovia remains one of the stalwart proponents of Castilian cuisine. In fact it’s tourist allure owes a great deal to the city’s gastronomic arts. Without under-appreciating the innovations of modern cooking, which has found its place in Segovia, perhaps the city’s main draw is still its oven-roasted meat dishes. This tradition, which across the region offers competing options (young lamb around Sepúlveda, and suckling pig or “tostón” for the areas under the influence of Arévalo). In the capital itself the fires burn for both, and each recipe is prepared with great care. Properly preparing the dish requires just the right animal – from just the right place (preferably from the same geographical region), the correct age (21 days old for suckling pigs, and a few months for the lamb) the right weight (between five and six kilograms for the lamb and no more than four kilos for the piglet). But the real secret is what the animals are fed (only milk from their mothers). From there on ingredients may vary slightly but the result is always excellent.

But since people cannot live on roasted meat alone, let’s not forget other dishes: Castilian Soup, Judiones from the Farm, Valsaín Trout, diverse stews made from game (partridge and quail) or the lamb stew a la pastora, alongside truly exquisite items found on some menus: deer chops, and goat liver with rhubarb. And let’s not discard our variety of sausages, from chorizos to morcillas and others produced in well-known places such as Cantimpalos and Valtiendas.

For wine there’s also a large selection, but you’ll never go wrong with a bottle from the Ribera de Duero or others whose grapes are grown in our province, such as those from Nieva, Sacramenia or Valtiendas.

Travels can make their visit to Segovia complete in any restaurant they pass. It’s a great way to enjoy one key characteristic of the city. Gastronomy is inseparable from our culture, which in the twent-first Century cleverly combines tradition with innovation.